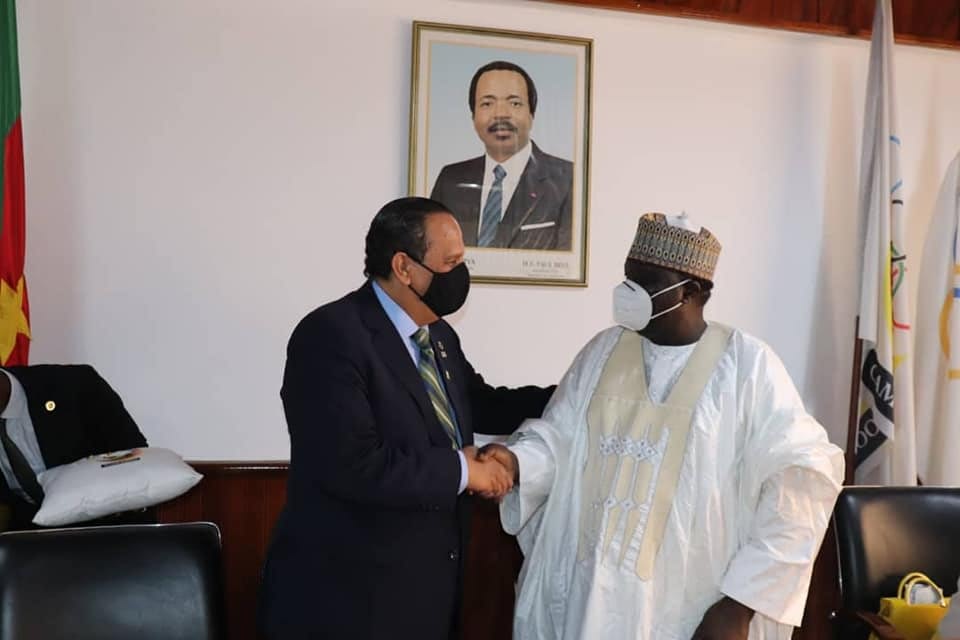 The President of the CNOSC Hamad KALKABA MALBOUM, received this Tuesday, 05th October 2021 the President of the Union of African Sports Confederation (UCSA), Major General AHMED NASSIR MUSTAFA KAMAL MOHAMED for a courtesy visit at the headquarters of the CNOSC. This was the opportunity for UCSA’s President and his team, to have an idea about the functioning of the Cameroon National Olympic and Sports Committee through a brief presentation of the institution. It was equally the opportunity for them to express their gratitude to the Cameroon Government for the allocation of a building for the representation of the headquarters of the Association here in Cameroon.

Major General AHMED NASSIR MUSTAFA KAMAL MOHAMED also mentioned that this meeting between the two institutions demonstrates their will to strengthen their collaboration and continue acting to the promotion of Sports and Olympism both at the continental and international levels which is amongst the missions of the organizing, that of promoting understanding, cooperation and mutual assistance among African Sports Confederations.