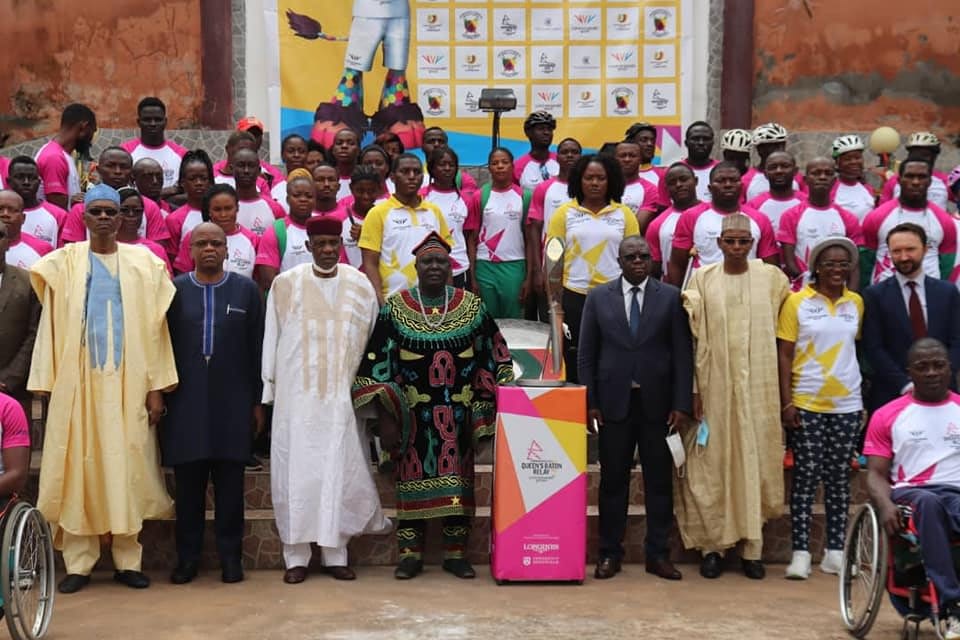 The so-awaited treasure announcing the Birmingham 2022 Commonwealth Games arrived in Cameroon through the Nsimalen International Airport on the 28th of October 2021 from Ghana.

The baton started its journey in Yaounde at the Head Office of the Commonwealth Games Association of Cameroon (CGAC) where the baton was officially handed to the President of the CGAC, Mr. Hamad KALKABA MALBOUM by the Ghanaian Baton manager Mr. Melvin BROWN.

The first day of activation of the baton was on Friday, 29th October 2021. The baton had the opportunity to visit the various ministerial departments in town but equally some schools.

The stop at the Bilingual high school did not only enable the children to touch the baton but equally to know the symbolism behind it through a joined lecture from the Ministry of External Relations and the Commonwealth Games Association of Cameroon.

The Queen’s Baton Relay athletic walk which took place in Yaounde brought together close to fifty (50) athletes from seven (7) sports federations all dressed in Commonwealth colors.

The Queen’s Baton officially ended its athletic walk at the head office of the CGAC with the athletes handing the Baton to the President of the CGAC.