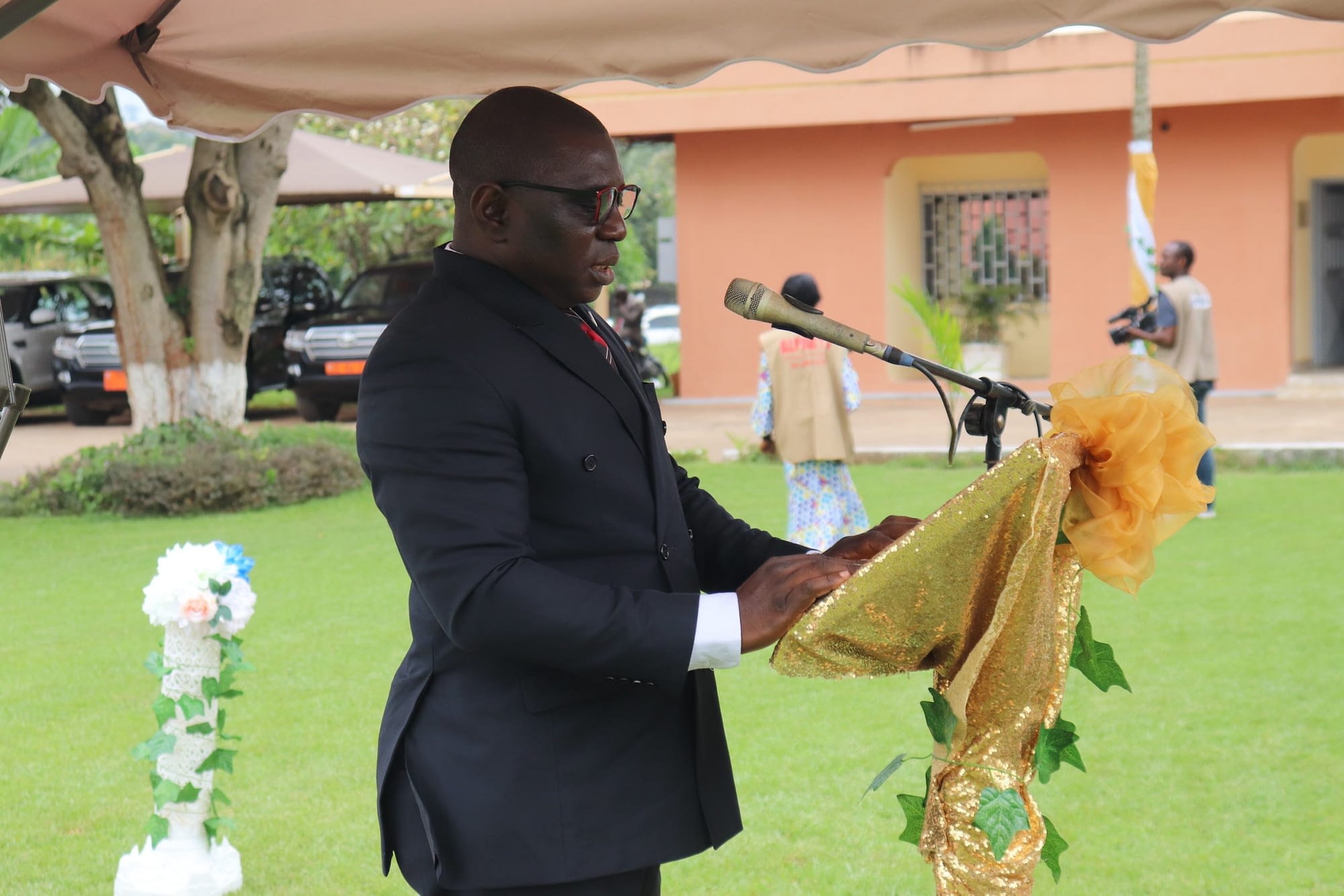 The Minister of Sports and Physical Education, personal representative of the Head of State, Honorable members of government, Your Excellencies, Heads of diplomatic missions, the President of the Commonwealth Games Association of Cameroon, members of Team Cameroon for these Games,  all protocol duely respected, ladies and gentlemen…

Accept warm sporting greetings from my humble self.

It is an honour for me to take the rostrum this day in front of you all for the reason stated above.

The ceremony that has gathered all of us here today is an opportunity for us to celebrate the athletic prowess of our beloved country, and that of its illustrious leaders even as Cameroon is engaged in this sporting rendez-vous bringing together member countries of the gentlemen’s club- the Commonwealth Games, under the banner of the Commonwealth Games Federation.

For this 22nd edition of the Commonwealth Games scheduled to hold in the west midland city of Birmingham in the United Kingdom, from the 28th July to the 8th of August 2022, Cameroon is going to be represented by a strong sporting delegation of 63 persons made up of 37 athletes, 16 coaches, 5 medical staff and 5 Team management members. The athletes who were meticulously selected through vivid but rigid criteria are going to be competing in 10 disciplines, which are:

In strict respect of the norms of international multi sport events placed under the auspices of the International Olympic Committee (IOC), the Cameroonian delegation to these games shall be headed by the President of the Commonwealth Games Association of Cameroon- Hamad KALKABA MALBOUM.

As tradition has held it in the past, the official delegation is made up of the Minister of Sports and physical education, the representative of the Ministry of finance otherwise understood as the regisseur, the Minister Delegate to the Minister of External Relations incharge of relations with the Commonwealth, the representatives of the Presidency and the Prime Ministry as well as the High Commissioner of Cameroon to the country where the games are being held; in this case, the High Commissioner of Cameroon to the United Kingdom, based in London- England.

Permit me now, ladies and gentlemen to inform you that the sporting delegation of Team Cameroon is on its home based training camp otherwise understood as ‘stage interne’ since the 8 July 2022 here in Yaounde and her departure for Birmingham is scheduled for tomorrow, Thursday 21 July 2022 where she will carry out her pregames training camp otherwise understood as ‘stage d’acclimatation’ in the city of Birmingham prior to the commencement of the games on the 28 July 2022.

I wouldn’t round off my speech without wishing good luck to Team Cameroon for these Games.

THANK YOU FOR YOUR KIND ATTENTION !